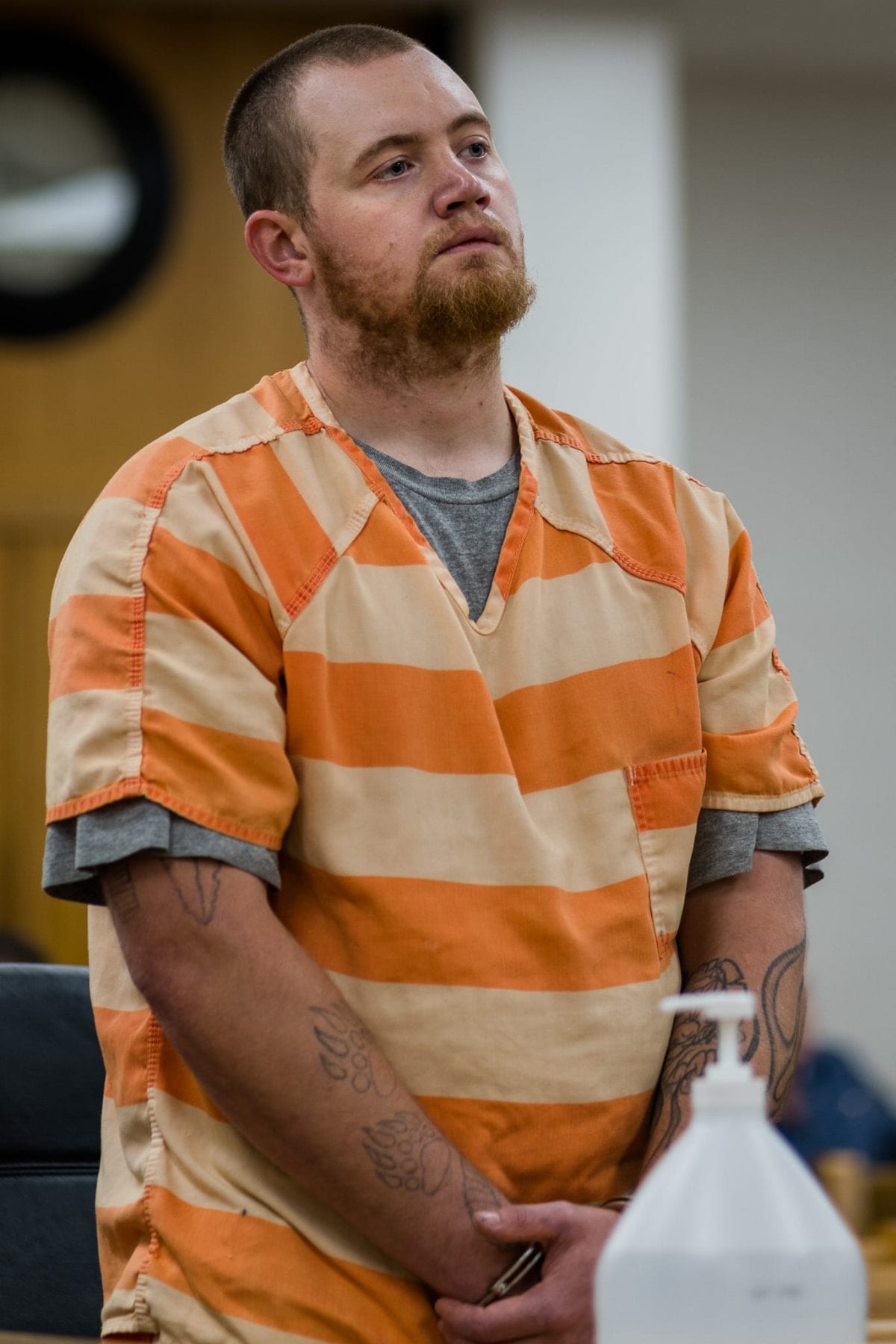 District Attorney Ashley Hornsby Welch said a Haywood County man will serve the maximum sentence possible in prison after entering Alford pleas Friday in Macon County Superior Court to a DWI crash that left two dead.
Suspects who enter Alford pleas do not admit guilt but accept there is sufficient evidence to convict and agree to be treated as guilty.
A blood sample showed Jeremy Michael Clark, 28, of Canton, had used methamphetamine prior to an Oct. 31, 2018, wreck on U.S. 64 near Winding Stairs Gap in Macon County.
While heading west, his pickup truck crossed the two-lane highway’s centerline and smashed head-on into a vehicle heading east.
Clark’s girlfriend Megan Lurae James, 26, the mother of their two children and a passenger in the truck, died at the scene. Sixty-year-old Roger Dooley of Lake Wales, Florida, who was driving the vehicle Clark’s truck hit, died seven days later in a Georgia medical center.
Roger Dooley’s wife, Brenda Dooley, was airlifted to Mission Hospital in Asheville with life-threatening injuries, including multiple broken bones and a lacerated spleen.
Roger and Brenda Dooley were married for 23 years and had three sons between them.
“I’m here to give a voice to my husband and myself,” Brenda Dooley told Senior Resident Superior Court Judge Bill Coward in a victim-impact statement.
She recounted her husband saying, just prior to the crash, “This guy is going to hit us head on, and I’ve got nowhere to go.” She looked up from reading a magazine to see Clark’s truck in front of their vehicle.
Michelle McGuinness, Megan James’ mother, also provided a victim-impact statement. She spoke directly to Clark, saying,
“You have ruined so many lives because of your actions.”
Assistant district attorneys Jason Arnold and Jim Moore prosecuted the case.
“As the court decides the path forward, the victims have come into this court for active consecutive sentences,” Arnold told Judge Coward. “As this court makes its search for justice in this case, the state of North Carolina (the District Attorney’s Office) can’t see how you could reach any other determination.”
Judge Coward sentenced Clark to a total time of 165 to 232 months for two counts of felony death by vehicle and felony serious injury by vehicle.
He ordered Clark to pay $7,840 in court fees, submit a DNA sample and undergo a substance-abuse assessment.
DWI Haywood Press Release sentencing