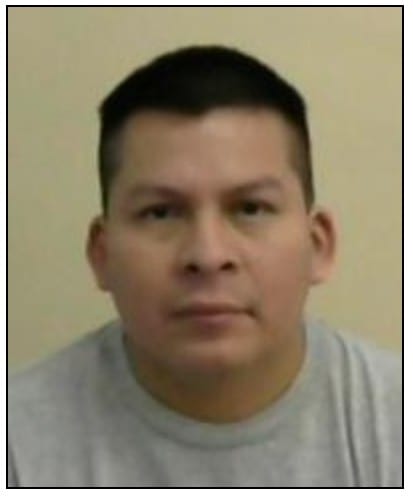 Using threats of harm to the victim’s family, a Guatemalan school teacher sexually abused a teen in that country and, in 2018, from August into November, in Haywood County.
On June 10, following jury selection the previous day for the Haywood County Superior Court trial of Jose Vicente Ax Sub, 37, Assistant District Attorney Kate Robinette won a 404B pretrial motion.
Senior Resident Bradley B. Letts’ decision would have opened the door for Robinette to admit prior, bad-act evidence involving Ax Sub.
Instead of proceeding with the trial, however, Ax Sub opted to plead guilty two counts of second-degree forcible sex offense, District Attorney Ashley Hornsby Welch said.
Letts sentenced Ax Sub to 10 years in prison in the N.C. Department of Corrections.
“On Nov. 7, 2018, after the worst beating by the defendant yet, the victim got the courage to leave the defendant and sought out shelter,” Robinette told the judge.
“The defendant then left threatening messages for the victim, stating that he would harm him and his family if the victim did not return. The victim told his boss what had been going on, and the boss took the victim to Haywood County Sheriff’s Office for help.”
The FBI and Maggie Valley Police Department investigated the case.
Guatemala Haywood Maggie Valley Press Release sentencing